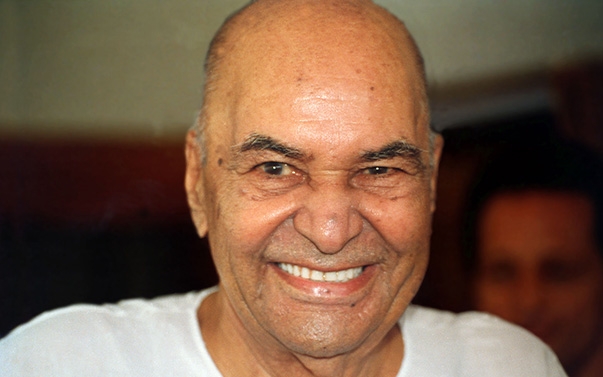 Shri H. W. L. Poonja or Papaji as he was also fondly called, was born Hariwansh Lal Poonja on 13th October 1910 in the then Punjab, or British India. He was an Indian sage and Jivanmukta who emulated Ramana Maharshi and taught self-inquiry.

He helped many people get rid of their pathological identifications using concepts that denote who they are. He also has made them realize who they have always been in truth. This help has taken the form of creativity, kindness, humor, wisdom, and other human virtues. These virtues are expected to be found in anyone who is free from ego.

Papaji taught through silence. His teaching laid bare the fact that words can only lead an individual to the ultimate truth, but they never are the ultimate truth. Intellectual understanding without realizing the truth through one’s own efforts is not enough.

The atman has no correlation with either the books or with languages or with any scripture. Poonja takes us through those events in his own life which illustrate, albeit in a general way, how the process of realization works. He lays down ways in which this can be accomplished:

Poonja emphasized that devotional bhaktas such as Kabir, Sukdev, Mirabai, and Ravidas were also awakened in the same spiritual state known as Sahaj Samadhi.

Poonja said that self-realization is in itself becoming free from our karmic consequences and further rebirth. According to Poonja, Karmic tendencies remained after enlightenment. However, the enlightened person was no longer identified with them. This avoided the person facing further consequences.

According to Cohen, Poonja insisted that the realization of the self had almost nothing to do with worldly behavior. Moreover, he also did not believe that the ego can be transcended fully. For Poonja all ethical standards were based on a dualistic understanding of reality and the notion of an individual agent. Therefore, they were not indicative of a nondual agreement. For Poonja, the final goal was the realization of the self, where the illusory realm of relative reality was finally irrelevant.